The Secret to Pain Management Starts with Diet 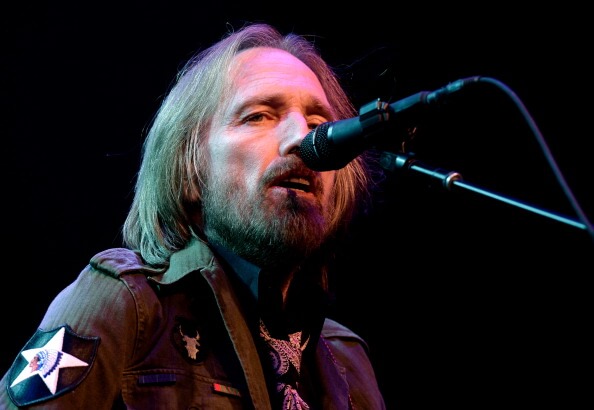 Pain management can be a daunting task. If you are a Tom Petty fan, you had to be saddened by his recent death in October, 2017 from his unsuccessful attempt at managing his pain with opioids. He was just 66-years-old.

Petty was a legendary musician and lead singer of Tom Petty and the Heartbreakers - a band he formed in 1975. He had a number of well known hits, but my personal favorite was “Free Fallin’.”

According to his family, on the day he died he was informed his hip had “graduated to a full on break.” They suspect that the pain “was simply unbearable and was the cause for his overuse of medication.”

The  statement from Petty’s wife and daughter said, “[d]espite this painful injury, he insisted on keeping his commitment to his fans and he toured for 53 dates with a fractured hip and, as he did, it worsened to a more serious injury."

He died from an accidental drug overdose from several medications.

The autopsy, released a few days ago on January 19, 2018 stated the drugs found in Petty’s system were Fentanyl, Oxycodone, Acetyl fentanyl and Despropionyl fentanyl, which are opioids; Temazepam and Alprazolam, which are sedatives; and Citalopram, an antidepressant.

“Fentanyl patches are used to relieve severe pain in people who are expected to need pain medication around the clock for a long time and who cannot be treated with other medications,” reports the National Institutes of Health (NIH). “Fentanyl is in a class of medications called opiate (narcotic) analgesics. It works by changing the way the brain and nervous system respond to pain.”

The Center for Disease Control and Prevention (CDC) reports that Fentanyl is about 50 to 100 times stronger than morphine.

Fentanyl patches may cause serious or life-threatening breathing problems, especially during the first 24 to 72 hours of your treatment and any time your dose is increased. Anyone who uses these patches must be closely monitored by a doctor.

Petty's daughter recently said she hopes his death can bring more awareness to the opioid crisis.

Opioid related deaths are becoming way too familiar. I’m still trying to recover from the death of music icon Prince, who in April of 2016 died of an accidental Fentanyl overdose.

And it’s not just musicians and celebrities who are affected by the opioid crisis.

Opioid abuse is a serious public health issue. Reportedly, opioid related deaths were five times higher in 2016 than in 1999 and sales of prescription opioids quadrupled during that same period. From 1999 to 2016, more than 200,000 people in the U.S. died from overdoses related to prescription opioids.

To give you a bit more perspective about the gravity of the opioid crisis, check out these 2016 statistics from The Department of Health and Human Services.

So we clearly need to review our pain management system and identify credible and alternative methods to address this critical issue.

And Dr. Robert Bonakdar, who specializes in pain management and integrative medicine, has identified nutrition as a very effective method to manage pain.

And he has crafted what, in my opinion, is a very credible argument that our diets may increase or decrease our pain.

Many foods in the Western diet are high-glycemic-index and inflammatory foods, like red meat, dairy products and processed and artificially sweetened foods. These foods may increase any pain you may have.

According to a Medscape report which cited Dr. Bonakdar, there is evidence that a diet high in polyphenols, fiber, fruits, vegetables, healthy fats, and "good" sources of protein, has a positive impact on pain. This type of diet also “benefits the microbiome and increases bacterial diversity.”

And not only do you have to be mindful about what you eat, but also about how much you eat and how you are eating it.

"How much you're putting on your plate, how you're preparing that food, and how quickly you're eating it, all informs the occurrence of inflammation," Bonakdar said.

This even holds true for foods that are relatively healthy. For example, whole grains are a pretty healthy food, however, you have to practice moderation. Excess grains may cause inflammation, especially in people who have a sensitivity.

And you never want to overcook foods, as they may lose some of their nutritional value.

So what exactly should you be eating to manage pain?

In order to help prevent inflammation and pain, you want to eat a diet rich in a variety of fruits and vegetables. I have highlighted many plant based foods on this site. These foods are likely to decrease pain because of their antioxidant and anti-inflammatory properties as well as their high content of essential vitamins and minerals.

Examples of specific nutrients that may help with pain include:

Getting adequate amounts of fiber may also be very important for pain management.

And don’t forget to spice up your life. Herbs and spices, like cumin and thyme, have anti-inflammatory properties and may even help combat pain associated with conditions such as arthritis.

What else can you do to manage pain?

The discussion with Bonakdar suggests that combining an anti-inflammatory diet with some physical activity might boost the impact on pain even more. An 18-month study in patients with osteoarthritis who had weight issues — the IDEA trial — found that "diet was helpful, exercise was helpful, but the combination was the most helpful," said Dr Bonakdar.

You can’t have a bad diet and workout or have a great diet and lead a mainly sedentary lifestyle. If you want to keep the pain away, it is suggested that you to do both.

Finally, avoid nutritional deficiencies that might contribute to pain by getting a comprehensive nutrient test to determine whether you have any nutrient deficiencies or imbalances. If you do, you may have to tweak your diet, take good quality supplements or even consider the use of liposomal technology. It is also important that you are aware of any medications you are taking (both prescription and over-the-counter), as these may deplete vital nutrients from your body as well.