This Nutrient Deficiency May Have You on Pins & Needles! 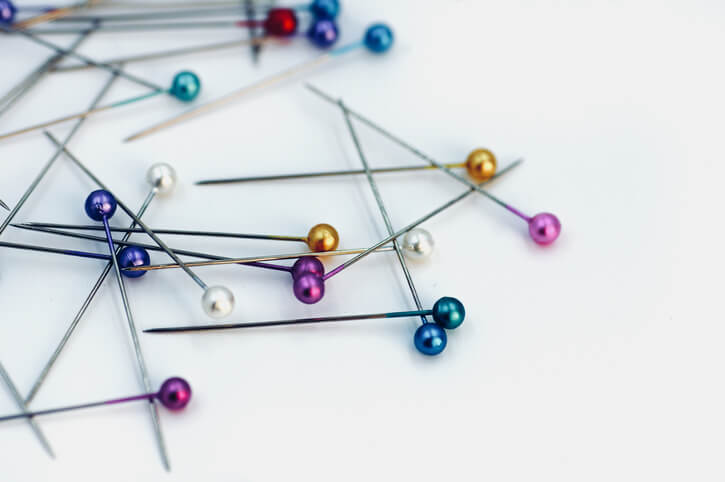 Usually when I have a really important court appearance or a very critical business meeting, you might hear me say that “I’m on pins and needles.” Some law school graduates may also describe the feeling they get while waiting for their bar exam results as being on “pins and needles.”

However, for other people like myself, “pins and needles” may have an additional meaning. It may be a sensation in the calves and feet when I don’t get enough vitamin B12. It’s an uncomfortable feeling, to say the least. Another term sometimes used to refer to “pins and needles” is paresthesia.

PIns an needles may be a symptom of other medical conditions but when someone experiences pins and needles associated with vitamin B12 deficiency, it may be a sign of nerve damage which can be irreversible if left untreated.

Reportedly, vitamin B12 is involved in the metabolic pathway that produces a fatty substance called myelin. Myelin protects the nerves and without B12, the nervous system will not be able to function efficiently.

“Once absorbed, B12 is used as a cofactor for enzymes that are involved in the synthesis of DNA, fatty acids, and myelin. As a result, vitamin B12 deficiency can lead to hematologic and neurologic symptoms.”

It is therefore very important to address a vitamin B12 deficiency if in fact that is the cause of your pins and needles symptoms because if neurological problems develop, they may be irreversible.

There are several reasons why a person may have a B12 deficiency:

Pernicious anemia is an autoimmune condition which prevents the absorption of vitamin B12 in the stomach or the terminal ileum.

“The exact cause of pernicious anaemia is unknown, but it's more common in women around 60 years of age, people with a family history of the condition and those with another autoimmune condition, such as Addison's disease or vitiligo.”

The pins and needles sensation is a common symptom of pernicious anemia. “In adults, symptoms of pernicious anemia are usually not seen until after age 30. The average age of diagnosis is age 60,” according to the National Institutes of Health (NIH).

So this means that it is extremely important to be proactive about maintaining an optimal level of  vitamin B12. And one of the ways you can do this is by taking routine B12 nutrient tests.

We always stress to test, not guess. Nutritional deficiencies do not always result in having recognizable symptoms, which is why it is important to be tested for vitamin B12 deficiency. Older persons such as those like myself who are over 50 years old should be particularly proactive about testing for B12 deficiency and address the deficiency promptly. If the test reveals you have a B12 deficiency, a competent healthcare professional can work with you on making the necessary dietary changes and recommend quality supplements you can take if necessary.

Now that I have experienced pins and needles, and am sometimes low in B12, I am especially proactive about not being deficient in this nutrient. A great method for avoiding this nutritional deficiency is to utilize B12 injections or IV vitamin drips. I utilize this method at least bi-weekly along with liquid supplements to address my inevitable nutrient absorption issues. The intravenous methods provide vitamins (and hydration) directly into the bloodstream to help boost my nutritional status and help with energy levels. I believe this has successfully played a role in my immunity, energy and good health.

If you’re squeamish about needles,  don’t let that deter you. It is really worth it, and I feel confident in saying that it will improve your quality of life as it has improved mine. You can read more about more health “cocktails,” here.