3 Nutrients Women May Need When They Exercise 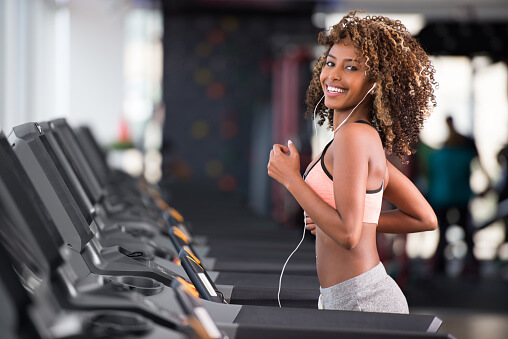 If you are a young woman who is an athlete or simply looking to improve exercise performance, listen up!

You may be deficient in certain nutrients, which could be preventing you from performing at your full potential.

“We know that young women, in particular, often have micro-deficiencies in nutrients and that those nutrients play a role in how cells work during exercise. They tend to eat less meat than men, and menstruation also plays an important role in mineral loss," said Dr. Robert A. DiSilvestro, who was quoted in this Medical News Today report.

(Iron deficiencies are also common in pregnant women due to the amount of blood in their bodies increasing to support a growing baby).

The good news is DiSilvestro and other researchers may have found just the right “cocktail” of nutrients that can help young women do their best when doing physical exercise.

DiSilvestro and his team from Ohio State University did a study involving a small group of healthy women between the ages of 18-30. These women did not smoke, have any injuries that prevented them from working out or any major existing health issues, like anemia, diabetes or cancer.

All of the women selected for the study were not at the time training as competitive athletes, “but had regularly done aerobic exercise training at least 120–180 min per week for at least 6 mo [months], with at least 2 days per week consisting of runs of 3 miles or more.”

To see if aerobic exercise performance could be improved by an increased intake of certain nutrients, some of the women were given certain supplements while the remaining women acted as the control group and simply received a placebo.

The women who received the supplements consumed a drink (usually a low-calorie soft drink or water with sweetener) with a powder mixture that contained:

“For iron, it [is] well documented that exercising women often get a degree of deficiency. Severe deficiency causes anemia, but even milder deficits could affect energy metabolism,” according to notes on the study.

“For zinc, in one USA diet survey, for about 40% of the women, intake fell below the RDA. Moreover, the zinc RDAs may not even be set high enough [RDA for women 14-18 is 15 mg, women 19-50 is 18 mg]. Multiple studies find low intake of zinc in active people. This low intake especially applies to participants in sports that need weight control, people who avoid animal products, and people eating high carbohydrate, low fat and protein diets,” the study says.

Copper fights oxidative stress, which may contribute to exercise-induced fatigue.

The study reports that “[c]arnitine [an amino acid] can theoretically affect exercise performance and recovery via a role in fat oxidation for energy and possibly via an anti-ischemic effect.” Carnitine may also influence muscle recovery, which can enhance training effects on exercise performance.

The study says that this amino acid “could affect exercise performance by neuroendocrine effects, enzyme cofactor functions, and anti-inflammatory action.” This nutrient may also influence perceived fatigue during exercise.

The supplement group of women consumed this drink for one month, two times a day. All subjects maintained their normal dietary patterns and exercise routines.

The women’s exercise performance was rated by the following:

The biking and step tests were done shortly after the run.

Overall, the supplement group performed better than the placebo group and even saw improvements from their normal run times. Fourteen of the women who were given supplements ran faster than they normally did, on average 3 miles in 25.6 minutes compared to 26.5 minutes on average.

This may not seem like a huge difference at first, but if you are a competitive runner even just 30 seconds knocked off your run time is huge.

The supplement group also showed enhanced performance with the biking and step tests. Biking distance, on average, increased from 6 miles to 6.5 miles. Number of steps in 90 seconds increased from about 40 to 44.

The researchers conducted a follow-up test to see if dosage made a difference. They decreased the amount of carnitine from 2 grams to 1 gram.

They took a new group of 36 women and repeated the same exercise tests. The supplements were given in capsule form instead of the drinks with the powder mixed in.

This group’s run times also decreased but only by 41 seconds.

So as you can see from this study, you may be able to improve your aerobic exercise performance by increasing your micronutrient intake.

This does not mean that you should try to get as much of these nutrients examined in the study as possible. The participants’ dosage was still well below dangerous levels.

It is yet to be determined if all five micronutrients involved in the study are needed to enhance exercise performance.

It’s best to get as much of your vitamin and mineral intake from foods you eat, but sometimes we may need some extra help (particularly if we lead active lifestyles).

The study reports that “exercise training may raise copper and zinc requirements. This situation may not be fixed easily by many multi-vitamin-mineral supplements since many use zinc and copper oxide, which are not the best absorbed forms.”

And even in non-deficient situations, increased intake of nutrients may still enhance exercise performance. So if you are a competitive athlete that is nutritionally balanced, you still may want to up your nutrient intake (but in a safe manner).

So given all of the intricacies of proper nutrient supplementation, there is clearly no one size fits all approach. Every person is different, and you will never be able to accurately determine your nutritional needs based on how you look or feel.

This is why it is extremely important to get a comprehensive nutrient test and discuss your lifestyle with a competent medical professional. In addition to helping you tailor your diet, this resource can find the best quality supplements for you personally. For example, you may also have to consider the use of liposomal technology.

Finally to learn more about some of the trace minerals discussed in this study, read here.