Alternate-Day Fasting - Should You Try It? 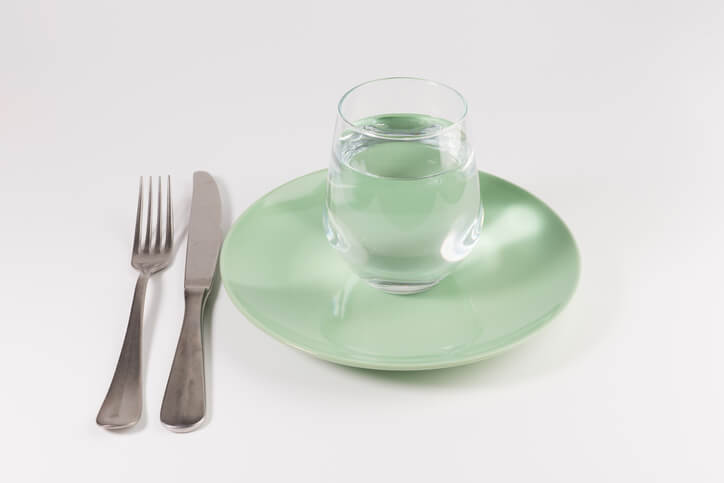 Not long ago, when the topic of fasting would come up most people would think of fasting for religious purposes or think of incredible people throughout history like Gandhi, whose longest fast lasted 21 days!

But now, when people talk about fasting they are usually referring to popular diet practices among everyday people. I don’t think most people are attempting 21-day fasts, but many are practicing short periods of fasting or restrictive eating usually in an attempt to lose a few unwanted pounds. And in the health and wellness world, fasting is a big topic of discussion right now. There are several research studies which discuss the supposed benefits of fasting beyond just weight loss.

“While periodic starvation may sound harsh and not healing, studies show the exact opposite — when carefully done. Extensive research on large populations, as well as in controlled studies with animals and humans, shows that periodic low-calorie intake, whether through eating foods with lower caloric density (vegetables and fruits), fasting, or simply removing protein from the diet for short periods of time, rapidly stimulates a number of healing responses,” reports Psychology Today.

I’ve recently discussed some of the different ways you can fast (of course, with the advice of a competent healthcare professional), which you can read about here. The one you are most likely familiar with is intermittent fasting.

And I recently came across information about a way of fasting that I had not previously researched. It’s called alternate-day fasting (ADF).

Essentially, alternate-day fasting is when you avoid food (zero caloric intake) for 36 hours. Yes, it’s pretty hardcore. For example with intermittent fasting, you may only go 16 hours without food. And many people may find fasting for 16 hours, yet alone 36, quite challenging. We are so used to three standard meals a day (plus snacks), that as popular as fasting has become it is still very hard to commit to.

But some medical professionals dare to say that periodic fasting is something many of us should be including in our proactive healthcare routine to heal the body and fight inflammation.

A recent study involving participants who practiced alternate-day fasting found evidence that it may be very beneficial for people who are already overall healthy (normal weight and no existing health issues). According to this report, it’s the largest study of its kind and participants alternated between 36 hours of zero calorie intake and then 12 hours of unlimited eating. The participants placed in the control group could eat as much as they wanted.

The researchers of this study also examined a group of 30 healthy people who had already practiced strict ADF for six months. They did this to examine the long-term safety of this type of fasting practice.

You would think that participants who practiced ADF would have used that 12-hour eating period to eat everything in sight, however, "We found that on average, during the 12 hours when they could eat normally, the participants in the ADF group compensated for some of the calories lost from the fasting, but not all," said one of the professors involved in the study.

"Overall, they reached a mean calorie restriction of about 35% and lost an average of 3.5 kg [7.7 lb] during four weeks of ADF."

But perhaps what’s most interesting about the results of this study is the biological effects seen in the ADF participants. According to the report:

“Previous studies have suggested calorie-restrictive diets can result in malnutrition and a decrease in immune function. In contrast, even after six months of ADF, the immune function in the participants appeared to be stable.”

So should You practice ADF?

"We feel that it is a good regime for some months for obese people to cut weight, or it might even be a useful clinical intervention in diseases driven by inflammation," said one of the researchers.

"However, further research is needed before it can be applied in daily practice. Additionally, we advise people not to fast if they have a viral infection, because the immune system probably requires immediate energy to fight viruses. Hence, it is important to consult a doctor before any harsh dietary regime is undertaken."

It is always important to consult a competent healthcare professional before you practice any type of fasting, especially if you have any existing health issues such as diabetes or heart disease. And fasting is usually not something to be done long-term.

Just because you are fasting does not mean that you can eat as much junk food as you want when you can eat. If anything, it is even more important to be proactive about getting essential nutrients, such as vitamins and minerals, during your limited eating window. Fresh fruits, vegetables, healthy fats, whole grains, legumes and lean protein are recommended. For an easy healthy eating guide, check out 10 Things You Should Be Eating For Your Health.

Finally, it is my opinion that if you are going to fast, you want to first address any nutritional imbalances or deficiencies that you may have. Take a comprehensive nutrient test in order to definitively determine if you have too much or too little of a specific nutrient. If you do, a competent healthcare professional can work with you on making the necessary dietary changes and recommend quality supplements if necessary.