Are Walnuts the New Secret Weapon in Fighting Breast Cancer? 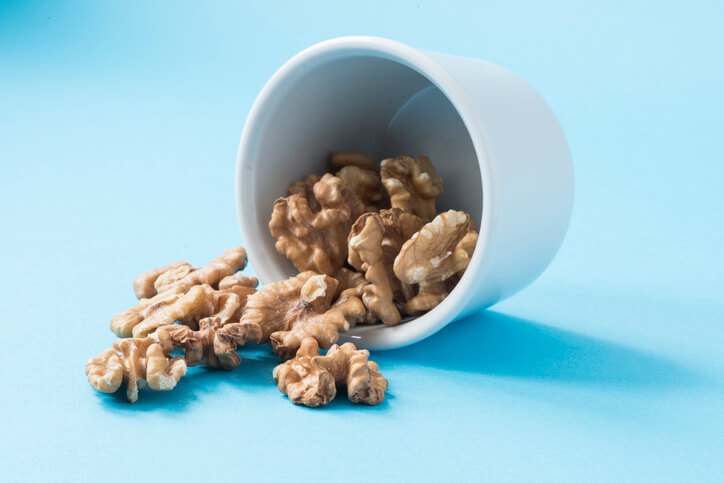 More than likely, you know someone who has had their life impacted by breast cancer. You may even be currently fighting it or have survived breast cancer.

Reportedly, around one in eight (approximately 12 percent) American women will develop invasive breast cancer over the course of her lifetime. It is said to be the most common cancer in American women, except for skin cancers.

And it’s not just women who are affected by breast cancer.

So breast cancer is a disease we all need to be proactive about, and we have previously blogged about proactive steps you can take to help prevent and better manage this cancer.

And medical researchers and cancer specialists are always exploring ways to fight this cancer.

In other words, eating walnuts is associated with slowing down and even stopping the growth and survival of breast cancers.

The study was a clinical trial involving women with breast lumps that were large enough for research and pathology biopsies. The women were randomly assigned to either the group who consumed walnuts or the group who did not consume walnuts (the control group).

After the biopsy collection, women in the walnut group immediately began consuming two ounces of walnuts on a daily basis until they underwent follow-up surgery. To be clear, the lumps that were biopsied were cancerous. At the follow-up surgery just about two weeks after taking the first biopsies, additional specimens were taken from these cancerous lumps.

Through RNA sequencing expression, the researchers were able to see that “expression of 456 identified genes was significantly changed in the tumor due to walnut consumption.” They saw that walnuts may encourage the death of cancer cells and slow down cancer cell proliferation and migration.

"These results support the hypothesis that, in humans, walnut consumption could suppress growth and survival of breast cancers," said one of the lead researchers. Although more research is needed with a larger-scale study, it is encouraging to see how powerful healthy foods can be in fighting devastating diseases.

We have previously discussed the health benefits of walnuts, and these nuts are full of cancer-fighting nutrients, including calcium, magnesium and phosphorus.

“Which nut is healthiest? Normally, my answer is whichever you’ll eat regularly, but walnuts really do seem to take the lead. They have among the highest antioxidant and omega-3 levels, and beat out other nuts in vitro in terms of suppressing cancer cell growth,” according to this source.

So if you can, you may want to include walnuts in your diet. Consider including a few walnuts tossed over your salad for some added flavor and texture. If you are allergic to walnuts, discuss with a competent healthcare professional what foods you can eat to potentially help prevent breast cancer.

And remember, eating a diet rich in nutrient-dense, phytoestrogen-rich foods is generally a good way to help prevent breast cancer.