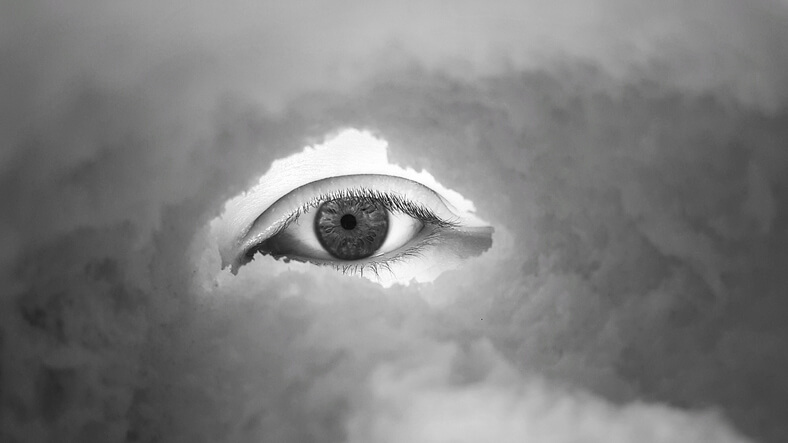 According to a recent Newsweek report, a teenage boy went blind after eating a diet of only fries, chips, white bread, sausages and ham. These foods comprised his entire diet since elementary school. He was described as a “fussy eater” and had no visible signs of malnourishment! In fact, he looked well.

During a visit with his family doctor, the unnamed boy complained that he was tired. Testing revealed that the boy was anemic and deficient in a number of nutrients, including vitamin B12.

Now, the fact that the boy was anemic and low in nutrients should come as no surprise to the average consumer who is educated about their health. This boy’s very limited diet was full of processed, salty and nutrient-void foods. And while sausages and ham contain some protein, (protein is only one of the six groups of nutrients we need to stay healthy. The other nutrient groups are water, carbohydrates, fats, vitamins and minerals) sausages and ham are not particularly rich in essential nutrients like vitamins and minerals, which we need in the right balance to keep us healthy. They are also very salty and processed.

But perhaps what’s most shocking about the story of this boy is that he went blind despite not showing visible signs of malnutrition. He, “...had developed normally and had an average height, weight and BMI,” according to his doctor.

According to a case study, the boy was 14-years-old when he was first evaluated. (Keep in mind he had been on this nutrient-void diet since elementary school, so he basically could have been eating this way starting between the ages of around five to 10-years-old).

“By the age of 15, his hearing and vision had started to fade. An MRI scan revealed he had no structural problems with his ears, while an eye test similarly failed to reveal any structural cause.”

His vision continued to get worse, and by age 17 doctors discovered he suffered damage to his optic nerve. Located at the back of the eye, the optic nerve connects to the brain and sends light signals to the brain, helping us see.

“Nutritional optic neuropathy (aka deficiency optic neuropathy) is a dysfunction of the optic nerve resulting from improper dietary content of certain nutrients essential for normal functioning of the nerve fibers. Most commonly, it results from folic acid and vitamin B complex deficiency associated with malnutrition or poor dietary habits, incorrectly applied vegetarian diet, or chronic alcohol abuse,” reports the National Institutes of Health (NIH).

Doctors determined the boy had 20/200 vision, which is considered legally blind. In addition to being deficient in vitamin B12, he was also deficient in copper, selenium and vitamin D, “...which is thought to have caused him to have weak bones.”

These nutrients are also important for eye health and vision, along with several other vitamins and minerals such as vitamin A, vitamin C, vitamin E, zinc and more. Lutein and zeaxanthin, two carotenoids and antioxidants that concentrate in eye tissue, are present in healthy foods such as carrots, leafy greens, kiwis, grapes, red peppers and egg yolks.

Clearly, the boy in this devastating story was not getting a balanced amount of the nutrients he needed to stay healthy.

Why did this boy follow such an unhealthy diet?

The report does not say much about his parents’ involvement. What the report does say is that he admitted he had an aversion to certain food textures. The doctors diagnosed him with a condition called avoidant-restrictive food intake disorder.

“Avoidant/Restrictive Food Intake Disorder (ARFID), also known as ‘extreme picky eating,’ is an eating disorder characterized by highly selective eating habits, disturbed feeding patterns or both. It often results in significant nutrition and energy deficiencies, and for children, failure to gain weight,” according to this source.

“ARFID is most common in infants and children, with some cases persisting into adulthood. Preliminary study shows that it may affect up to 5% of children, with boys being at greater risk for developing ARFID, according to Neuropsychiatric Disease and Treatment.”

The doctors treating this boy had him get on a good multivitamin supplement regimen. But sadly, his diet has not improved much. And supplements are great, but they are meant to supplement (not replace) healthy foods and good nutrition.

“He now takes multivitamin supplements but I cannot say that his eating behavior has changed much—despite seeing gastroenterologists, dieticians, the child mental health team and eating disorder specialists," said one of the doctors involved.

His vision has apparently not gotten worse, but it has also not improved. The doctor referenced earlier also commented that around two billion people worldwide suffer from micronutrient (vitamin and mineral) deficiencies, however, health professionals and the public overall do not know much about how damaging these nutrient deficiencies can be to our vision and eye health.

How can we proactive?

Obviously, we have to eat healthily. Eyesight naturally declines with elderly age, but you can delay this by eating healthily.

The story of this young man should really be a wakeup call to all parents. If you notice your child is a ‘picky eater,’ address this right away. Don’t assume that your child will grow out of it.

Involve your children in meal prepping and take them to the farmers’ market so that they can become interested and motivated to eat a variety of healthy, natural foods.

Unless we undergo routine comprehensive nutrient tests, it is difficult to know whether we have nutrient imbalances or deficiencies. And remember, many people are nutrient deficient (even if they eat healthily).

Medications, genetic predispositions and older age are just a few reasons why people may have nutritional issues despite eating healthily. A nutrient test will identify deficiencies and you can work with a competent healthcare professional to help you make the necessary dietary changes and get you started on quality supplements if necessary.

If nutritional deficiencies are an issue for you, it might be a good idea to utilize IV Vitamin Drips or injections. I take advantage of these on a monthly basis to address my inevitable nutrient absorption issues. They provide vitamins, minerals (and hydration) directly into the bloodstream to help boost my nutritional status and help with energy levels. I believe this has successfully boosted my immunity, energy and good health. I am also confident that along with eating healthily, these vitamin drips will help protect my precious eyesight as I get older.