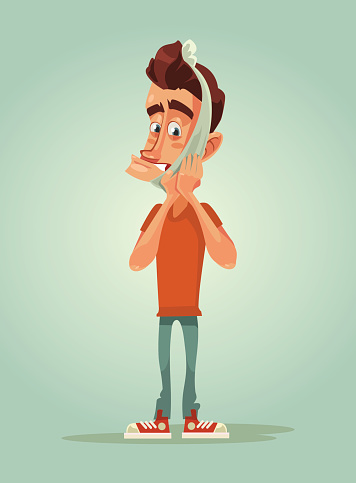 Wisdom teeth are also known as third molars and these extractions are one of the most common procedures performed by dental surgeons. Approximately 10 million third molars are extracted from nearly 5 million people in the United States each year.

There can be considerable swelling, pain and bruising after a third molar extraction. These post- surgical symptoms “are expected due to the inflammatory response to the tissue trauma resulting from the surgery” and  “they often cause discomfort to the patient and can affect them in daily activities.”

This type of  cold therapy, or cryotherapy, “is the local or systemic application of cold through various methods for therapeutic purposes to lower the temperature of the skin and subcutaneous tissues.”

“Physicians often recommend the use of ice for patients who have undergone physical injuries and surgical procedures with therapeutic purposes, since this technique is known to control inflammation and hemorrhage due to vasoconstriction mediated by local cooling.”

And recently, a new study looked at the issue of whether there was a significant impact “of using cryotherapy on the inflammatory parameters after a surgical removal of mandibular third molars?”

“The aim of this study was to compare, through a scientifically based approach, whether cryotherapy (cold therapy) interferes with clinical outcomes such as pain, edema, and trismus(reduced opening of the jaw) in the postoperative period of third molar surgeries.”

The results of the study concluded that cryotherapy was effective in significantly reducing post operative swelling in third molar surgeries.  The medical explanation was that “the lower the temperature, the slower will be the activity of neutrophils that mediate proinflammatory inducers and cytokines, which determines the early local fluid accumulation, and consequent swelling. termperatuis could be explained by the fact that cooling causes an autonomic-mediated vasoconstrictive effect that reduces the edema formation.”

“In conclusion, the cryotherapy, when applied in the early postoperative period, can manage the edema in the first days after mandibular third molar removal. “

These findings should be good news for the nearly 5 million people who have their wisdom tooth pulled annually.  And the even better news is that cryotherapy centers like Chiltonic in Encinitas and La Jolla offers  local cryotherapy treatment which reduces swelling.

Local cryotherapy  is a specialized treatment of a specific area of the body  like the area where the wisdom tooth was removed. Unlike Whole Body Cryotherapy, localized treatment does not require your entire body to be exposed to the nitrogen. Instead, pressurized liquid nitrogen vapors flow through a wand that hovers over the "local" area and gradually reduces inflammation and increases blood-flow, similar to icing . Temperatures reach down to -240 degrees, and treatments last for 10-15 minutes.

It is my opinion that local cryotherapy is a treatment dental surgeons should recommend in conjunction with or in lieu of relevant drugs where appropriate.  In fact, even routine extractions may cause swelling and your local dentist should perhaps recommend these services after extractions. But it is also important to educate ourselves as consumers and identify and seek out credible treatment for our conditions.