Did Your Pediatrician Just Write Your Child a Prescription for Obesity? 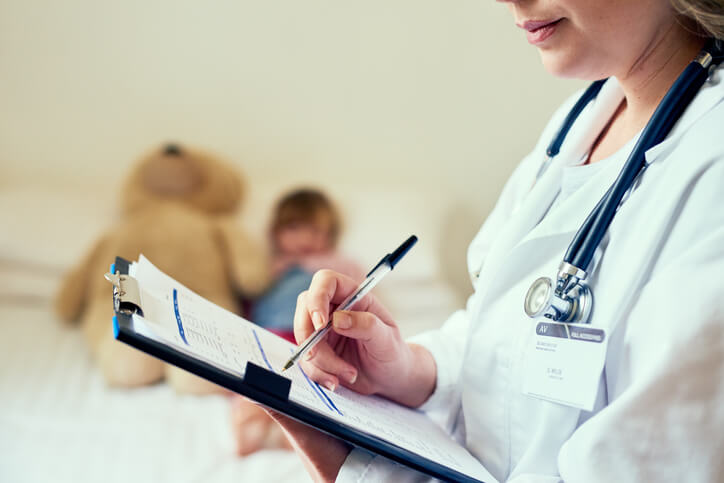 There is a worldwide obesity epidemic, and recent data shows a significant number of children as young as five years of age and under are obese. According to the World Health Organization (WHO), the number of overweight or obese infants and young children (aged 0 to 5 years) increased from 32 million globally in 1990 to 41 million in 2016.

“If current trends continue, the number of overweight or obese infants and young children globally will increase to 70 million by 2025,” reports WHO.

And the vast majority of these overweight and obese children live in developing countries like the United States.  Furthermore, the Centers for Disease Control and Prevention (CDC) reports that in the U.S. the percentage of children and adolescents affected by obesity has more than tripled since the 1970s.

This is a major problem that must be addressed. Being overweight or obese significantly increases the risk of developing diabetes, hypertension, heart disease and even cancer.

And if we think that children “can get away with it,” we are sadly mistaken. Children who are overweight or obese often carry this health issue into early and late adulthood. We have previously discussed findings from the American Heart Association which suggest that being overweight, even in the developmental stages of life, may lead to higher blood pressure and a thickening of the heart muscle. This generally leads to heart disease later in life or even sooner than one might imagine.

Take, for example, this tragic story about a 13-year-old boy in Britain. Reportedly, he was the youngest victim of Britain’s obesity epidemic. He died of a blood clot due to being obese.

“The post mortem report noted the boy had been gaining weight from a young age, and even saw his GP the day before he died earlier this year after complaining of swollen feet. He is said to have had a body mass index of 42 [obesity is defined as having a BMI of 30 or greater] and was twice the recommended weight for his age,” according to one report.

There is really little dispute that a diet full of sugar and nutrient-void, processed foods and an inactive lifestyle are culprits in childhood obesity. But another issue we may be overlooking is the use of certain medications and their impact on the gut microbiome.

A recent study looked at medications prescribed to 333,353 infants in their first two years of their life. The results suggested that children who were given antibiotics and antacids had an increased risk for obesity.

“These drugs, particularly if taken for lengthy periods, may alter gut microbes that have been associated with weight gain, explain the researchers,” according to one report on the study.

The pH health care team has extensively discussed the gut microbiome and how it is connected to our overall health, including mental health. You have more bacteria in your body than there are stars in the milky way! Trillions of bacteria live in our guts, and there are about 1,000 different varieties of these trillions of microbes.

There are both good and bad bacteria in the gut, and the goal is to maintain a gut where the good bacteria outweighs the bad. A balanced population of bacteria is key.

Although sometimes taking antibiotics is necessary to fight an infection, these medications can wreak havoc on the balance of good bacteria in the gut.

Here is the medication information of the more than 300,000 infants involved in the study:

The results of the study revealed that around 46,993 (just over 14%) of the children became obese.

“But after taking account of potentially influential factors, a prescription for antibiotics or acid suppressants was associated with a heightened risk of obesity by the age of 3—the average age at which obesity was first identified in these children,” according to the report.

More research is needed, but once again it is important to recognize how important the right  balance of bacteria in the gut is to health and how medication can sometimes disrupt the environment in the gut. Clearly, this is another factor that must be taken into consideration when approaching the problem of obesity in children.

Reportedly, “...gut bacteria alter the way we store fat, how we balance levels of glucose in the blood, and how we respond to hormones that make us feel hungry or full. The wrong mix of microbes, it seems, can help set the stage for obesity and diabetes from the moment of birth.”

As we have stressed before, protecting your gut before, during and after antibiotic therapy is key. It is probably a good idea to do this if you or your child are also taking antacids.

Diet for Your Gut

Whether you are taking medication or not, it is always good to eat a nutrient-rich diet rich in both prebiotics and probiotics. Probiotics help the good bugs in the gut flourish, and prebiotics are food for the probiotics. Some probiotic rich foods include yogurt, cheese, sauerkraut, kimchi and kombucha. Broccoli may even help with gut health.

And if your child is already overweight or obese, there are specific probiotics that may aid in weight loss.

Finally, if your child has any gut issues, a GI Effects test is highly recommended. This test may provide insight into bacteria in the gut as well as issues with gut inflammation and immunology.

Cabbage - A Calcium Option You May Ignore