Get Through Menopause with Grace & Wetness 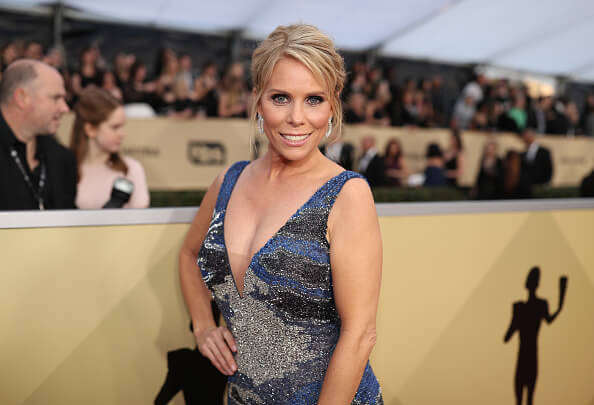 Menopause and vaginal dryness. Not exactly a topic of discussion women want to openly discuss. But “Curb Your Enthusiasm” actress Cheryl Hines, 53, is having the discussion no matter how painful or awkward it may be.

Hines along with Dr. Marla Shapiro, a menopause expert, started a campaign called “Painfully Awkward Conversations.” The campaign is a great informational resource and serves as an open forum where women can freely discuss menopause and all of the many symptoms women may experience along this journey.

One of these symptoms is vaginal dryness.

“Perhaps one of the most uncomfortable menopause symptoms to ask your doctor about is painful sex caused by the condition vulvar and vaginal atrophy, also known as genitourinary syndrome of menopause (GSM),” according to one report.

Other reported symptoms of menopause include itching, urinary urgency and increased frequency, urinary tract infections and diabetes. There are also mental issues associated with menopause such as depression, memory loss and anxiety.

When it comes to mental issues, estrogen appears to be one of the culprits. There are reportedly portions of the brain that are involved in cognition, mood and behavior which “have a high concentration of proteins that bind to estrogen. With dwindling ovarian function, there are low levels of ovarian hormones which may cause the estrogen in the brain to drop.”

So Can Women Be Proactive?

It has been my experience that women can take steps to reduce the impact of menopause. Not only are we able to delay menopause but we are also able to reduce or virtually eliminate the symptoms associated with this period of our lives.

“Menopause is defined as the point in time when menstrual cycles permanently cease due to the natural depletion of ovarian oocytes [cells] from aging. The diagnosis is typically made retrospectively after the woman has missed menses for 12 consecutive months. It marks the permanent end of fertility and the average age of menopause is 51 years,” UCLA Health says.

So essentially menopause happens when a woman’s reservoir of ovary cells is greatly depleted. The ovaries produce the hormones estrogen and progesterone, and during menopause a woman’s body slowly produce less of these hormones.

I want you to focus on the key word ‘slowly.’

“The menopausal transition most often begins between ages 45 and 55. It usually lasts about 7 years but can last as long as 14 years,” according to the National Institute on Aging.

There are different stages of menopause:

“Perimenopause has been variously defined, but experts generally agree that it begins with irregular menstrual cycles — courtesy of declining ovarian function — and ends a year after the last menstrual period,” says Harvard Health.

“Perimenopause varies greatly from one woman to the next. The average duration is three to four years, although it can last just a few months or extend as long as a decade.”

This is not exactly a natural stage of menopause and can happen in younger women. For example, a woman may go into early menopause if she has a surgery where her ovaries are removed. This is sometimes called surgical menopause. Premature ovarian failure (POF) can be another cause of early menopause.

A woman is usually considered to be in menopause once she has not had a period for 12 straight months.

Begins after one year has passed since a woman’s last menstrual cycle.

Menopause Doesn’t Have To Be a Curse.

Menopause is a hormonal imbalance that naturally occurs as women get older, but women can address this imbalance. For example, a woman in her late 40s doesn’t have to throw her hands up and say, “Okay menopause, come and get me!”

Lifestyle habits, including what you eat, may greatly impact when you go through menopause and whether you experience those awful symptoms associated with menopause.

“It's not clear why this was the case, but researchers speculated that the antioxidants in legumes and the omega-3 fatty acids in certain fish might have a protective effect on a woman's eggs, essentially helping to preserve them for longer and delaying the start of menopause,” according to Harvard Health, which did an analytical report on the study.

“On the other hand, refined carbohydrate sources in the diet could hasten menopause, suggested the study authors, because these foods boost the risk of insulin resistance, which could interfere with hormone production.”

It all makes sense if you really think about it. Getting wrinkles is a natural part of aging, but a person who wears sunscreen, eats healthily, limits alcohol consumption and avoids smoking will likely have less wrinkles or at least get them later in life than a person who lives an unhealthy lifestyle. So if a woman eats nutrient-rich foods, she may be helping herself delay aging and possibly menopause.

The age at natural menopause (ANM) varies due to genetic and environmental factors, according to the National Institutes of Health (NIH). But while we may not be able to control the genetic factors, we can certainly help control our environment. Women who smoke are at greater risk of having earlier ANM. The NIH also suggests that a high intake of fat, cholesterol and coffee may also accelerate menopause, while moderate alcohol consumption delays it.

Maintaining a healthy weight is also key. Credible research suggests that being underweight is associated with earlier menopause compared to women who are obese or overweight.

But on the other hand, an ob-gyn in one report says, “Estrogen is stored in fatty tissue so being overweight is a major cause of excess estrogen in women these days and too much estrogen can lead to ovarian failure.”

“The more extreme you are on either end of the weight spectrum, the more likely it is to trigger early menopause.”

So my advice to women is to eat healthily, get a nutrient test to see whether there is a need to address any nutrient imbalances, maintain a healthy weight and get adequate amounts of exercise. Exercise may help regulate hormones and delay menopause. Overdoing it with the exercise, however, may make a woman go into early menopause. Everything is about balance.

To be clear, menopause is not a disease women need to avoid. Natural aging is not a disease, but we would certainly like to delay it for as long as possible so that we look and feel as good as possible. Menopause is inevitable, but women can be proactive about making sure they avoid the symptoms and do not go into earlier menopause because of living an unhealthy lifestyle.

If you have entered menopause, there are certain nutrients that may help with symptoms and overall well being. Menopausal women tend to have nutritional deficiencies, so it it is important to be proactive about avoiding these. You can read about specific nutrients here that may help you with your menopausal journey.

And check out this woman’s story about how she got rid of hot flashes by balancing her nutrients.