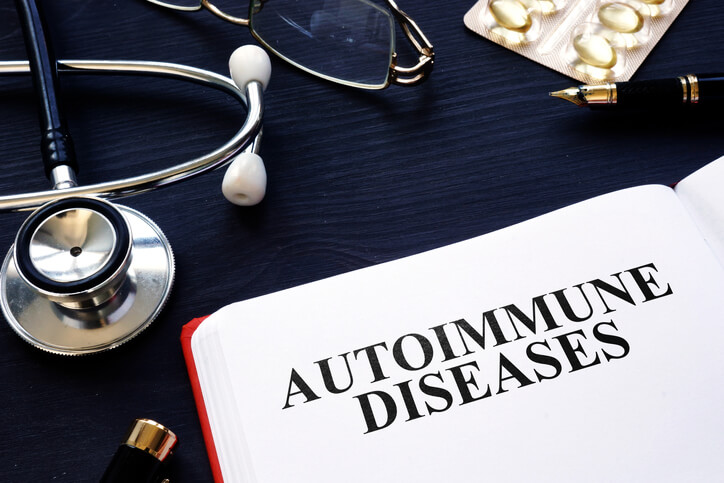 Guillain-Barré Syndrome. The Autoimmune Disease You May Have Never Heard Of

Part of what I love most about my job is that I get to learn about different health issues and educate the public about them. The pH Labs team and myself really pride ourselves on creating a safe online community where members can share their health obstacles and receive feedback on how they can be proactive about them.

One member of our community recently shared that he/she was diagnosed with a condition called Guillain-Barré syndrome. Honestly, I had never heard of this syndrome before. So I decided to do some research and educate myself!

Guillain-Barré Syndrome (GBS) was reportedly named after two French military doctors, Georges Guillain and Jean Alexandre Barre, who discovered the condition in 1916 after they diagnosed it in two World War I soldiers. It is a rare neurological disorder in which the immune system attacks the body’s peripheral nervous system, which includes parts of the nervous system outside the brain and spinal cord.

“Basically, signals from the brain and spinal cord are relayed to the periphery by motor nerves, to tell the body to move or to conduct resting functions (like breathing, salivating and digesting), for example.”

So as I’m sure you can imagine, having a condition in which your body mistakenly attacks part of your nervous system can be very troubling and problematic. As mentioned, this condition is rare. It is said to affect only one or two people each year in every 100,000. (Both sexes are equally prone to this disorder).

There is some evidence  that U.S. President Franklin D. Roosevelt, who suffered from paralysis and was wheelchair bound, had GBS (not polio which was widely believed). (Keep in mind that this was during the 1930s and 1940s when medicine was not as advanced as it is today).

“Guillain-Barré syndrome can be a devastating disorder because of its sudden and rapid, unexpected onset of weakness—and usually actual paralysis. Fortunately, 70% of people with GBS eventually experience full recovery [even in very severe cases]. With careful intensive care and successful treatment of infection, autonomic dysfunction and other medical complications, even those individuals with respiratory failure usually survive,” reports the National Institute of Neurological Disorders and Stroke.

Although many people do recover from GBS, there are, however, some that may have chronic weakness due to having this condition.

(About 30 percent of those with GBS have residual weakness after 3 years, according to the Institute).

Exact cause of this disorder is unknown. This disease is somewhat of a mystery. It is not contagious or inherited. GBS can appear in a person at any age, but it usually shows itself in adults and older people. The National Institute of Neurological Disorders and Stroke reports that an infection usually triggers the disorder. For example, most cases of GBS appear a few days or weeks after having a respiratory or gastrointestinal viral infection (such as the flu or gastroenteritis (stomach flu)).

“When Guillain-Barré syndrome is preceded by a viral or bacterial infection, it is possible that the infecting agent has changed the chemical structure of some nerves. The immune system treats these nerves as foreign bodies and mistakenly attacks them,” the Institute reports.

Having surgery may also cause the disorder to show itself. In rare cases, vaccinations may increase the risk of GBS. (This does not necessarily mean that you should not get vaccinated. Always seek the advice of a competent healthcare professional regarding vaccinations). And in some countries there have been reports of more cases of GBS after having the Zika virus.

Additional symptoms of GBS include:

Again, this disease is rare. It is also very unpredictable. For example, the National Institute of Neurological Disorders and Stroke reports that the recovery period can take as little as a few weeks to up to a few years! And after recovery, muscle strength may not return uniformly. Since there is no known cause of GBS, we don’t know exactly how to prevent it, however, there are still proactive steps we can take.

As with any autoimmune condition, protecting the immune system and fighting inflammation with good nutrition is key. As mentioned, GBS is often triggered by an infection, so you want to give your body and immune system the nutrients it needs to fight off pathogens.

To learn more about these nutrients and healthy food sources where you can get them, read here. Also know that water is an extremely important nutrient for immune function. Water helps carry oxygen to cells in the body, and oxygenated cells are necessary for systems in the body, like the immune system, to function properly. Water also helps flush toxins out of the body that may  cause infections.

Eat for your muscles.

GBS can involve muscle weakness which may not return uniformly. This condition usually occurs in adults and older people who naturally experience muscle loss with age. Protein is an extremely important nutrient for muscle strength and preservation.

It’s important to maintain nutritional balance in order to keep your immune system as strong as possible. Schedule routine nutrient tests in order to identify any nutrient imbalances or deficiencies you may have. If the test reveals you have too much or too little of a certain nutrient, a competent healthcare professional can work with you on making the necessary dietary changes and recommend quality supplements if necessary.

Taking advantage of IV vitamin drips or injections is also a great way to boost your immunity.

If you are diagnosed with Guillain-Barré Syndrome, your doctor will come up with a treatment plan which may include taking certain medications, plasma exchange and anti-inflammatory steroid hormones and more.

As always, seek medical advice in regards to diet, supplements and vitamin therapy. You may also want to speak with your doctor about cryotherapy, which can help reduce inflammation and pain.

What is “Reducetarianism,” and Should You Practice It?