Hitting the Gym After Work? You Might Want to Consider Having a Cup of Coffee First 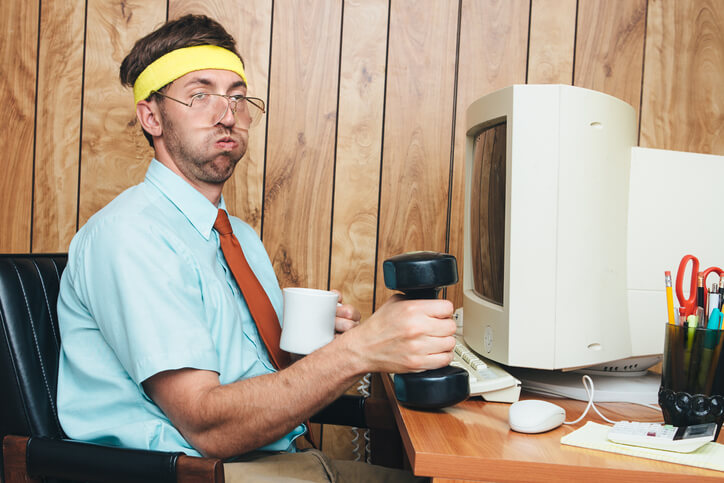 The Portland Trail Blazers have a game day ritual that may be similar to what you do when you need a pick-me-up -- they have a cup of coffee.

One report discusses the ritual associated with how the sports performance specialists of the NBA team make coffee for the players during their warm-ups.

They have a specific place where they buy the beans, and they boil the water, grind the beans and use a French press coffee maker. They add “one cup of grounds to the press, letting it brew for two minutes, then stirring, pressing the plunger down and adding the creamer -- a five-minute process that they have perfected for the past four seasons,” according to the report.

Well, in the case of the Trail Blazers, the need for coffee is partly attributed to the grueling traveling schedule of an NBA team, especially for this team that is the only NBA team located in the Pacific Northwest.

“It might feel antiquated, an age in which players invest vast sums in chefs, nutritionists and dieticians to fine-tune and amplify performance. But for several players, the answer to their problems is simply a cup of joe.”

Referring to the first time he drank coffee before a game, star player Damian Lillard said, "The first time I did, I just felt sharp. I remember walking out there for warm-ups, and I was sweating because the coffee made me hot. I just felt focused. My mind just felt locked in. I had no idea that coffee had that effect."

This does not mean that caffeine poses the same health risks as cocaine and other psychostimulants. And obviously, caffeine is not illegal. Although it can be somewhat addicting because it affects dopamine (the feel good chemical in the brain) levels and makes you feel alert, caffeine is not nearly as addictive as dangerous drugs such as cocaine.

Does all this mean that caffeine may improve the ability to workout and play sports?

According to a recent study, the answer is yes. Researchers confirmed this by conducting an umbrella review, which summarized findings from all meta-analyses that looked at the effects of caffeine on exercise performance.

A meta-analysis basically combines multiple results from multiple studies. This review included more than 300 primary studies with more than 4,800 participants.

Researchers discovered improvements in sports performance after caffeine intake that ranged from two percent to 16 percent.

“Those who respond most strongly to caffeine might see improvements of around 16%, but this is unusual. For the average person, improvements will likely be between about 2% and 6%.”

The study suggested that caffeine can make people run and bike for longer periods, lift more weight or increase repetitions when lifting weight and even make people run a longer distance in a shorter period of time.

How does caffeine increase performance?

It really boils down to the chemical effect on our brains. When we get tired, a chemical called adenosine binds to its receptors in the brain.

“The chemical structure of caffeine is similar to that of adenosine, and when ingested, it competes with adenosine for these receptors – which tell our brains how fatigued we are,” according to the report.

So caffeine basically wins the battle against adenosine and reduces fatigue and our perception of how exhausting an activity may seem. For example, that heavier weight may no longer seem so heavy.

Should you have coffee before your workout?

This is really a personal decision, and something I would recommend discussing with a competent healthcare professional, especially if you have any existing health issues such as heart disease.

Some people, like myself, are what are referred to as slow caffeine metabolizers. This means that when I drink caffeine, it increases my heart rate and raises my blood pressure. So that two to six percent improvement may not be worth it if you have adverse reactions to caffeine. For those people like myself who are unable to tolerate caffeine, it may be more important to hydrate and fuel your body properly for working out.

Caffeine is not a one-stop solution to improving your workouts. You have to eat healthily, hydrate, avoid smoking and drinking too much alcohol and get good quality sleep to perform your best physically. You also have to consider whether the good outweighs the bad. For example, caffeine may help you with workouts but is the buzz from the caffeine going to keep you up all night if you have a cup of coffee before an evening workout?

It really all depends on your body and your personal needs and goals.

If you are going to drink coffee before a workout, perhaps it is best to save this ritual just for morning workouts.

Here are some additional guidelines to follow and more valuable information regarding consuming caffeine before workouts:

Finally, if you are very serious about improving workout performance, I highly recommend taking routine nutrient tests. In addition to fueling your body properly, you need to make sure your body is nutritionally balanced in order to perform well. A nutrient test will identify any nutrient imbalances and from there, if necessary, a competent healthcare professional can work with you to make dietary changes and possibly recommend quality supplements you can take.