If You’re African-American, You Need To Know About CKD 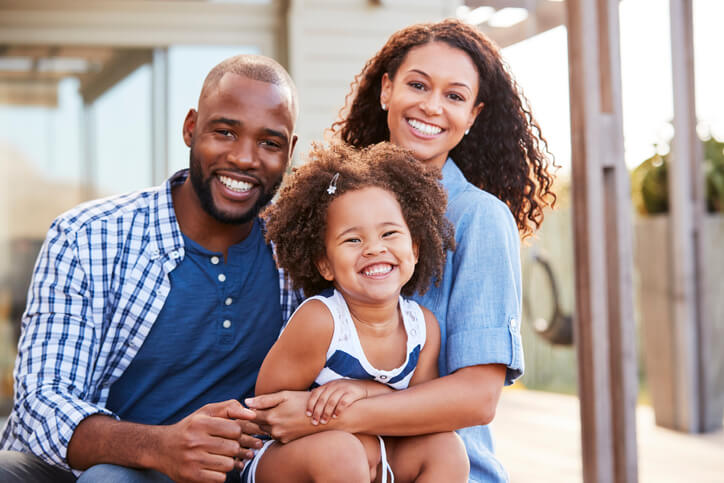 Chronic kidney disease (CKD), also called chronic kidney failure or renal disease, is plaguing the African-American community. According to the National Institute of Diabetes and Digestive and Kidney Diseases, a black person is almost four times as likely as a white person to develop kidney failure. And even though the African-American community makes up about 13 percent of the population, it accounts for 35 percent of the people with kidney failure in the United States.

Why is CKD So Prevalent in the Black Community?

Although genetics may be involved in some cases, diabetes is the leading cause of kidney failure in African-Americans.

(According to the American Diabetes Association, 13.2% of all African-Americans aged 20 years or older have diagnosed diabetes. In addition to this, African-Americans are 1.7 times more likely to have diabetes as non-Hispanic whites).

High blood pressure (hypertension) is the second leading cause of kidney failure among African-Americans, and remains the leading cause of death due to its link to heart attacks and strokes (National Kidney Foundation).

And as we have previously discussed, diet is a major contributing factor to this problem that must be addressed. It’s heartbreaking to see so many people, especially those who are so young, getting diseases that can possibly be prevented.

Take, for example, the story of a popular rapper known as Freeway. For the past couple of years, his mission has been to raise awareness for kidney disease while he battles it himself. The 39-year-old rapper discussed receiving dialysis and his plans to make a documentary about his fight, in a 2016 report.

As of today, he is hopeful but in need of a kidney transplant. Specifically, the goal of Freeway’s documentary is to bring more attention to early detection of chronic kidney disease. UpToDate reports that in the early stages of kidney disease, there are no symptoms.

“Most people with CKD do not have symptoms until the kidney function is severely impaired. The problem is often discovered when blood or urine tests done for other reasons show one or more of the abnormalities...The blood test that is most commonly used to check the level of kidney function is the creatinine concentration. As kidney function goes down, the creatinine concentration in the blood goes up. The most common urine tests are for protein or albumin in the urine. Sometimes, people with CKD will develop swelling, most commonly around the feet and ankles, before any other symptoms appear.”

Freeway was also diagnosed with both diabetes and high blood pressure.

“He believes a simple check-up would have made a huge difference in getting his health under control sooner,” according to the 2016 report.

“And despite knowing he fit three categories that increased his risk for kidney failure — diabetes, high blood pressure and being black — Freeway said it still didn’t compel him to take his health seriously enough. He wants to correct that for others.”

He is now working hard to regain his health and making the necessary lifestyle changes.

“It’s a lot of things I have to stay away from. For instance, potatoes and potato chips — one of my favorite foods. I can’t indulge in them like I used to,” he said.

Another food item those with a high risk of developing kidney disease might want to stay from are sugar-sweetened beverages. According to a study of about 3,000 African-American adults with normal kidney function in Mississippi, beverage intake of sugar-sweetened beverages, such as soda, sweetened fruit drinks and flavored and sweetened water, was associated with a higher risk of developing chronic kidney disease.

(It is important to note that the study took place in Mississippi and that CKD is reportedly twice as high in southern states. As we have discussed, the ‘Southern diet’ appears to be a culprit in regards to many health issues African-Americans suffer from. Furthermore, the Centers for Disease Control and Prevention (CDC) reports that sugary drinks are leading sources of added sugars in the American diet. And on top of this, intake of these sugary beverages is particularly high among non-Hispanic blacks).

The participants of the study shared what type of beverages they consumed, through a food questionnaire. The researchers kept track of this and followed up with the participants over an average of eight years.

“Among the 3003 participants, 185 (6%) developed CKD over a median follow-up of 8 years. After adjustment for confounding factors, consuming a beverage pattern consisting of soda, sweetened fruit drinks, and water [that was sweetened] was associated with a higher risk of developing CKD. Participants in the top tertile for consumption of this beverage pattern were 61% more likely to develop CKD than those in the bottom tertile,” according to this report discussing the study.

(There is also credible evidence that has shown that drinking sugary drinks is linked to the development of diabetes).

There are several U.S. cities, including Philadelphia and San Francisco, that have sugar-sweetened beverage taxes. Some may argue that it is not fair for the government to impose taxes on people for their beverage choices, but I think with the amount of deaths kidney disease is causing (kidney disease is said to be the 9th leading cause of death in the United States) major changes need to be made.

But ultimately, it is up to each of us to take ownership of his or her own health and be proactive. No matter our race, gender or age, we all have to practice healthy lifestyle habits in order to prevent kidney disease, hypertension, diabetes and more. And although some things are beyond our control, research has shown that your risk of developing these diseases can be significantly lower if you eat healthily, get adequate exercise and maintain a healthy weight.

Avoid those sugary, high-calorie, nutrient-void beverages, like soda and concentrated fruit juices. Go for infused waters (simply add fruits, like cucumber and blueberries, to your regular water or add herbs like, mint and basil, for refreshing water packed with flavor and nutrients).

Plant-based diets are usually recommended for people with kidney disease.You can have fruit smoothies and fresh, unprocessed juices in moderation. These are packed with antioxidants and nutrients such as vitamins C and A, calcium, potassium and more.

If you have any existing health issues, like diabetes and hypertension, and are at a higher risk of developing kidney disease, speak with your doctor about your diet and how to best manage your condition.

I also recommend taking routine nutrient tests which may identify whether you are deficient in those nutrients necessary to make your kidneys function effectively. If you take a test and discover you have too much or too little of a specific nutrient, a competent healthcare professional can work with you on making the necessary dietary changes and/or recommend quality supplements.

Finally, one kind of ‘drink’ I firmly support consuming are vitamin therapy ‘cocktails.’  I utilize these cocktails monthly to address my inevitable nutrient absorption issues. By utilizing these cocktails with eating healthily and exercising, I have been successful at reducing my risk of diseases like CKD, diabetes and hypertension. The pH IV Vitamin Drips provide hydration and vitamins directly into the bloodstream to help boost my nutritional status. I believe this has successfully boosted my immunity, energy and good health. Also check out our nutrient injections and pushes.