If You’re Pregnant, You’re Not “Eating for Two.” But You Should Be Eating to Avoid a Low Birth Weight Baby 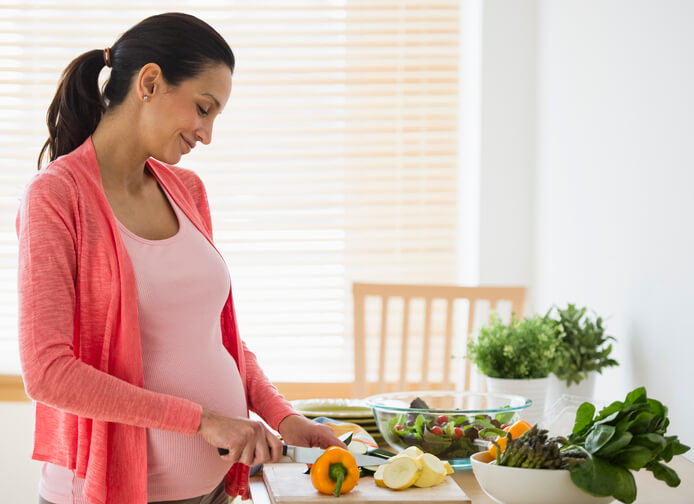 Everyone seems to be on royal baby watch. And one of the things people appear to be particularly interested in is what Meghan Markle is eating during her pregnancy.

Markle, a California native who is very into clean eating and healthy living, reportedly followed a very “vegan-friendly” diet before she was pregnant. But once she became pregnant with her first child, she took the advice of royal doctors to start eating meat. She did this out of concern that if she didn’t she would not be getting enough vitamin B12 for herself and her growing baby. According to one report, she was spotted eating a burger in Amsterdam -- quite the opposite from her usual “leafy plant diet topped with healthy grains” and her consumption of “fresh green juice.”

There are so many varying reports and opinions about what a woman should eat while she is pregnant. We have written several blogs about diet before, during and after pregnancy on the pH Labs website. Every woman is different, and every pregnancy is different. But what we know for sure is that every pregnant woman needs a healthy, nutrient-rich diet in order to have a healthy pregnancy and a healthy baby.

And a recent study in South Wales highlights how having a healthy diet during pregnancy decreases a woman’s risk of having a small baby.

What does it mean to have a small baby?

Of course, newborn babies come in different sizes and some are much chubbier than others. But what the researchers of the study mean when they refer to a small baby is a baby of low birth weight. According to the National Institutes of Health, a low birth weight is less than 5.5 pounds (and a high birth weight is more than 8.8 pounds).

Researchers of the South Wales study asked more than 300 pregnant women to complete a food frequency questionnaire the morning before they had an elective cesarean section. Other factors including maternal height, weight, ethnicity and more were taken into consideration as well.

According to this report discussing the study, the researchers placed the babies involved into one of the three categories:

"We discovered that those mothers who followed a 'health conscious' dietary pattern were significantly less likely to deliver a small-for-gestational-age baby," said one of the lead researchers.

Babies who are born small for their gestational age are at an increased risk of newborn morbidity and mortality, adverse neurocognitive outcomes and later-life health complications such as heart disease, stroke and diabetes.

Furthermore, the mothers “who deliver a lower birth weight baby also have an increased future risk of cardiovascular disease.”

Other than eating a poor diet, there are several other reasons as to why a woman may deliver a low birth weight baby. These include the following:

There are several other factors that may increase a woman’s chance of having a low birth weight baby. For example, having chronic health conditions such as high blood pressure, diabetes and heart, lung and kidney problems are risk factors.

I think what’s particularly interesting and what many people may be surprised to find out is that being a larger woman does not necessarily mean you will have a newborn baby that is on the higher end of the weight spectrum.

“Though research is mixed, there seems to at least be an indirect link between obesity and low birth weight babies, since the added pounds can raise the risk of certain medical conditions like diabetes and affect overall maternal health,” according to one report.

So it is important to eat healthily during pregnancy and also be mindful of your caloric intake if you have weight issues. When a woman is pregnant, she is often told she is “eating for two,” but this is not true.

“A pregnant woman who has a body mass index (BMI) in the normal range before pregnancy needs, on average, only about 300 extra calories a day—the amount in a glass of skim milk and half a sandwich. If you are pregnant with twins, you’ll need 600 extra calories per day,” (American College of Obstetricians and Gynecologists (ACOG)).

In addition to the amount of calories that you are putting into your body when you are pregnant, you should be aware of the type of food you are consuming. Never overlook the importance of incorporating the right amounts of critical nutrients, such as water, fat, protein, vitamins and minerals, to support a developing fetus.

And if you need to lose weight, it is safe to do so during pregnancy, however, only per the advice of a competent healthcare professional.

If you are pregnant or planning to be, make sure you discuss with your doctor what kind of diet is personally best for you and your pregnancy. There are a variety of factors, including age, weight, current health status and activity levels, that may determine what you should eat during your pregnancy. Basically, what works for Meghan Markle may not work for you when it comes to preventing having a low birth weight baby.

There are also many vitamins and minerals, such as magnesium and folate, that a pregnant woman needs to make sure she is getting enough of in order to support a developing fetus and ensure she will have a baby that is born at a healthy weight. Taking routine nutrient tests, can help you identify your nutritional needs by pinpointing any nutrient imbalances or deficiencies. If you have a deficiency or imbalance, a competent healthcare professional can work with you to make the necessary dietary changes and even recommend a good prenatal vitamin.