Is a Forbidden Romance Weighing on Your Health? 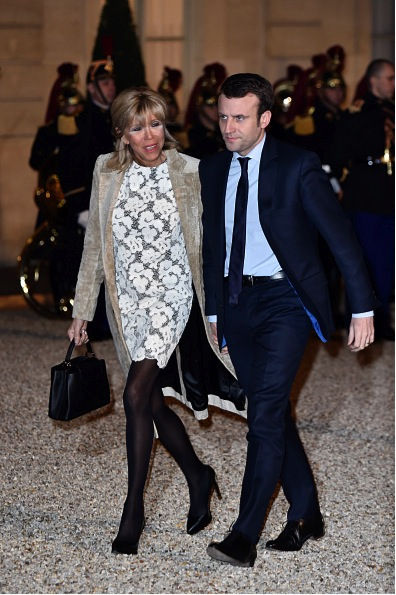 France’s new president Emmanuel Macron has something in common with U.S. President Donald Trump … an age gap of more than 20 years with his wife. Macron, however, is the younger one in the relationship at 39-years-old. He is married to Brigitte Trogneux, 64-years-old. Of course any relationship in the public eye will have its fair share of scrutiny, but a significant age gap coupled with the fact that the woman is the older of the two seems to add an extra layer of public interest. It made me wonder whether there are health implications of a marginalized relationship?

It can be difficult when your friends, family or society look down on your relationship, for whatever reason, whether that’s age, gender, race or religion. It may put enough stress on a relationship to tear it apart.

A new study goes a step further, suggesting perceived romantic disapproval may even harm your health. The study found that perceived marginalization, i.e., feeling like your romance is taboo, was associated with reporting more symptoms of poor physical health, lower self-esteem and engaging in risky behaviors like smoking cigarettes or less frequent condom use.

But there may be health benefits when a man marries an older woman, a Psychology Today article points out. Women, on average, live five years longer than men. So if a man marries a woman five years older, they are more likely to be on an even keel when it comes to life expectancy and health status.

There may also be benefits to an older man marrying a younger woman. One study pointed out that in one population, such relationships were beneficial because at the time the women were the most fertile, and the older men had acquired enough skills for successful fishing, hunting and herding in order to provide for their families.

So what’s the downside?

Age differences among spouses may affect our lifespan. And I’m sorry ladies, but we seem to be the ones taking on the burden when it comes to marrying younger.

A study conducted by the University of Stockholm, suggests having a younger spouse may be beneficial for men but detrimental for women. The study also found having an older spouse is detrimental for both sexes.

The research presented says there are two types of variables that can affect a person’s lifespan. The first is genetic factors, which accounts for 25%. The second is nongenetic factors such as socioeconomic status, education, smoking and drinking behavior and characteristics of partnerships, which accounts for 75%. One of those characteristics is the age gap between partners.

Married women 15 years (but less than 17 years) older than their spouses had a much greater chance at 40% of dying earlier.

Women who were the same age as their husbands had the lowest risk of dying early according to this particular study.

If you’re in love and you feel like your relationship is marginalized, these are just some potential issues to be aware of! But perhaps your experience is different – we’d love to hear! Comment below and share how your relationship has influenced your health.