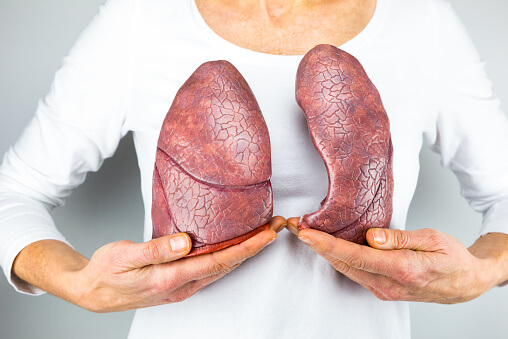 November is Lung Cancer Awareness Month. What better time to test your IQ about the leading cause of cancer deaths in the United States! Reportedly, it kills 1 in 15 people.

Probably the most important thing you need to know about lung cancer is that it is not exclusively a “smoker’s” disease. While it is true that the vast majority of lung cancers – approximately 80 percent – can be attributed to smoking, 20 percent of lung cancers happen in people who have never smoked or used any tobacco products. This translates to around 30,000 people annually. And two-thirds of these nonsmokers who get lung cancer are women.

To put this in perspective, if lung cancer in nonsmokers had its own category, it would rank among the top 10 fatal cancers in the country. Think about that for a moment before reading on.

The second thing you need to know is that there are three types of lung cancer and each has its own risk factors, disease characteristics and treatment options. As with other cancers, all lung cancers begin when different cells in the lungs become abnormal and grow out of control. These cells can then form tumors, which can then travel to other parts of the body.

Generally, there are  three types of lung cancers.

So How Can You Be Proactive?

Since almost a third of cancers are caused by poor diets, it only makes sense that healthy diets – and especially those rich in fruits and vegetables – may reduce the risk of lung cancer. There is some evidence that this type of diet may help protect smokers and nonsmokers alike, but any benefit for nonsmokers would be less than the increased risk from smoking. So, if you smoke, trying to quit is still your best bet.

For cancer prevention, it is important to get a daily adequate intake of vitamins, minerals and antioxidants, which may help reduce the damage from oxidative stress.

Here are some proactive steps you can take with your diet.

You may also want to talk with your doctor about whether or not aspirin therapy may help reduce your lung cancer risk since research studies show that it may also be helpful in cancer prevention.

Finally, even though November is Lung Cancer Awareness Month, you should be proactive in preventing lung cancer every day. Remember, it’s an equal-opportunity disease.