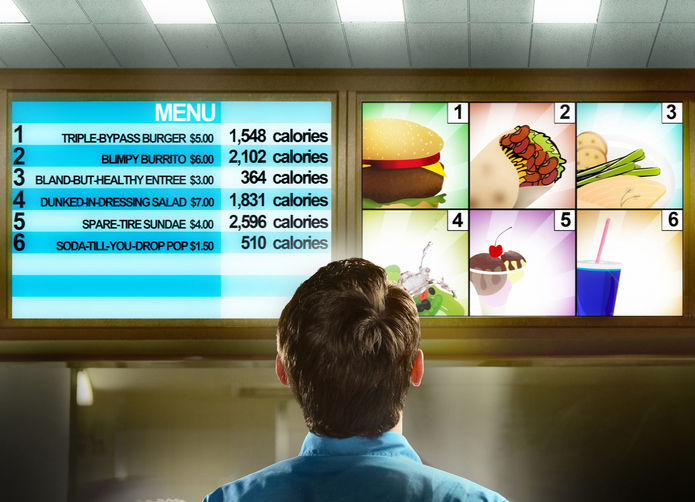 If all goes according to plan, the United Kingdom will soon require large restaurants to include calorie counts on menus and ban “junk food” advertising before 9 pm in an attempt to curb that country’s obesity epidemic. The government is also introducing legislation to restrict the promotion of high-sugar and high-fat foods as well as “buy one, get one free” deals. It plans on banning retailers from placing unhealthy food items in high visibility and high traffic areas, with the aim of reducing or at least not encouraging impulse buying of these types of products. The UK may also consider adding such labels to alcohol, as well.

The goal, of course, is to reduce the overall risk of obesity to the nation’s health – including developing diabetes, hypertension and cardiovascular problems – and specifically the increased risk being obese presents for developing serious complications from Covid-19 disease.

But will this type of labeling be enough to get people to change their eating habits and choose poached chicken and steamed vegetables over the far less healthy, although admittedly more fun, traditional fried fish and chips in the UK’s eateries? 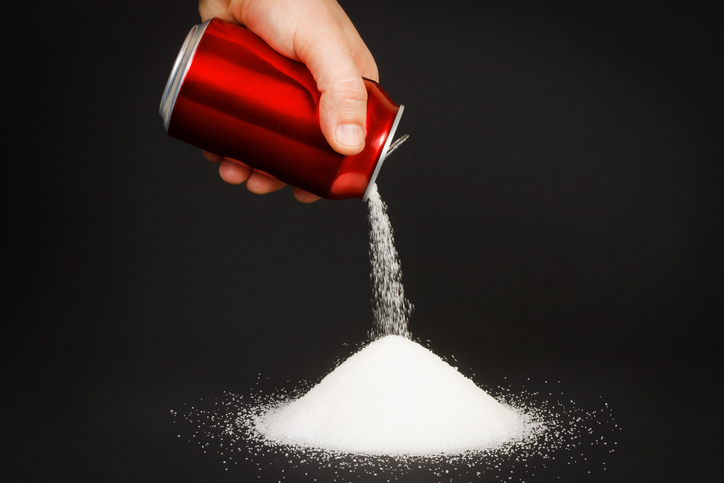 If you are unsure of something, ask.


To get an idea, let’s look at the United States where, for the past two years, restaurant chains with more than 20 or more locations have been required to include calorie counts of items (including alcoholic offerings) on their menus. They also need to let patrons know that more detailed, comprehensive nutritional information – for example, the amount of fat and sugar in any given menu item – is available on request. This idea is not new – in fact it has been around since 2008 when New York City started requiring menu labeling. It just took a decade for the idea to become mandatory across the country.

So, with more than a decade of these types of regulations being on the books in one way or another, and in one locality or another, why are Americans – and it seems Brits as well – literally fatter than ever?  Why haven’t we seen a dramatic decrease in obesity where these regulations are in effect, even if results may not be immediate? It just seems to be common sense that if a consumer sees that a waffle, egg, bacon and home fries combo clocks in at more than 1,700 calories (85 percent of the recommended 2,000 calories for an average adult male) while an egg white omelet with tomatoes and fruit has only 1/10 of that amount, he or she would pick the latter, right?

Unfortunately, real-world experience is showing that this is not necessarily true for a variety of reasons. Many consumers may not be aware of the calorie counts listed on menus and menu-boards (estimates are that only between 28 percent and 68 percent are), or they may simply be choosing to ignore them and order what they had originally intended to order when they headed to that specific restaurant. When someone has been craving a burger and fries, trying to convince them otherwise after they have driven to the restaurant, are sitting at their table and perusing the menu is probably not the best time to do so! It may, however, plant a seed in their mind to have a lighter meal later at home or possibly try a restaurant with healthier fare the next time they decide to dine out.

What is interesting, however, is that seeing a “surprising fact,” such as that a salad (because of its dressing) may have more calories than a cheeseburger, does get people thinking.  Research is also finding that women tend to use calorie labels to make healthier choices more than men. This is also true for higher-income or younger consumers. And the type of restaurant also has an impact on how well or often consumers use the menu labeling – it appears to work less well in fast-food restaurants than in full-service restaurants.

One side-benefit of menu labeling is that offering lower-calorie foods may increase a restaurant’s competitiveness relative to chains only offering unhealthier options. In fact, there is some evidence that after menu labeling became mandatory, many chains started including lower calorie options, many of which contain up to 12 percent fewer calories. While this may not seem like a lot, over time the benefit of all these fewer calories adds up. And if only one million Americans actually reduced their caloric intake as a result of menu labeling, this could translate into tens of thousands of lives saved and billions of dollars in reduced healthcare costs. This is, however, a big “if.”

What about Banning or Taxing Sugary Drinks as a Solution?

Another approach to encouraging people to consume fewer calories are attempts to reduce the amount of sugary drinks they consume. This is important since an average can of sugar-sweetened soda can have up to 39 grams of sugar. This is more than the total daily maximum 36 grams of added sugar recommended by the American Heart Association. And, research has shown that almost half of the added sugar Americans consume is in sugary drinks.

The most common approach U.S. municipalities (and some 35 countries) take to reducing sugary beverage consumption is to tax sugary drinks more than other drinks. Taxing these products seems to be more palatable politically than an outright ban as New York City tried unsuccessfully with a ban on “supersized” sugary drinks back in 2014. Some municipalities that have one form or another of excise tax on sugary beverages include Seattle, Washington, Washington, D.C., Philadelphia, Pennsylvania, Boulder, Colorado, San Francisco, California and Berkeley, California.

While there are, of course, ways that people can get around the tax and still get their sugary drinks as they always did, for example, by driving to a community where they are not taxed or just buying a less expensive sugary drink, public health officials are hopeful these taxes will help modify consumer behavior. The challenge is that it will take a while to see the real impact of these taxes on consumer habits and perhaps even longer to see the health benefits. But initial data is that they are starting to make a difference. For example, shortly after Mexico imposed its tax on sugary drinks, authorities saw a reduction in sales of these beverages and an increase in healthier beverages, such as bottled water. And Philadelphia saw a 38 percent reduction in sugary drink sales and Berkeley a 21 percent decrease.

Health Education is Critical to Reduce Obesity over the Long Term

Even if menu labeling and excise taxes on sugary drinks succeed in reducing caloric and added sugar intake, it will be only one way to fight the obesity epidemic and remedy its related nutritional challenges.  What is needed, as I have often mentioned in these blogs before, is health and nutrition education from a very young age.

The best time and place to begin this education is, of course, at home as soon as children are able to understand basic nutrition concepts (“have some water,” “look at these beautiful vegetables”).  Parents should involve children in all aspects of good nutrition, such as healthy meal planning, shopping for food (farmers markets are excellent for engaging kids), and food preparation. Family mealtime is a great way to help reduce obesity.

This home education should be continued as soon as children enter school and continue throughout their primary and secondary school years. In fact, just as history, math and science, nutrition needs to be considered as a necessary subject in school. Nutrition education can be a major proactive step our society can and should take to combat our obesity epidemic.