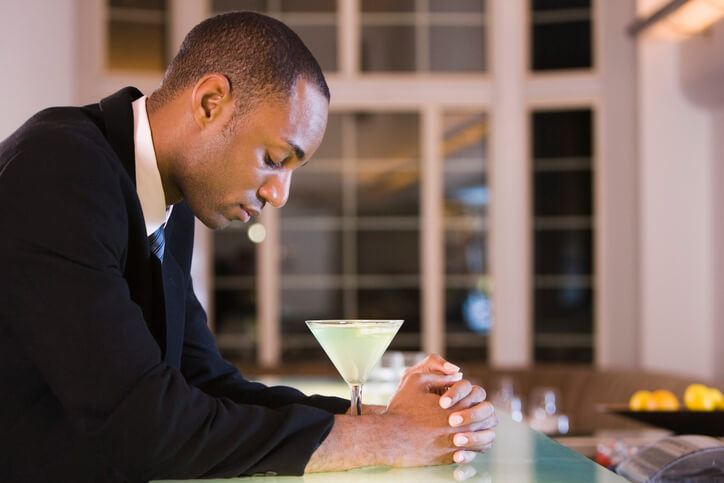 Quite often, a person who struggles with alcoholism also suffers from depression. Reportedly, depression affects many of the 140 million people worldwide battling alcohol use disorders. And to make matters more complicated, alcohol worsens depression and depression worsens alcohol abuse.

Sometimes, it’s even difficult to know which issue developed first - the alcoholism or the depression.

In some cases, it takes more than rehab and will power to treat alcoholism. It may take medication. There are medications for treating alcohol use disorders approved by the U.S. Food and Drug Administration (FDA).

“Acamprosate and naltrexone reduce alcohol consumption and increase abstinence rates, although the effects appear to be modest. Disulfiram has been used for years, but evidence supporting its effectiveness is inconsistent,” according to this report from American Family Physician.

Although these drugs may have positive effects on some people, some may see these medications as just putting a band-aid over the problem.

“The goal of those medications is to reduce alcohol cravings, but they do not treat psychiatric disorders,” according to researchers from Purdue University.

And now, researchers may have found a way to attack the issue on both ends - the psychiatric disorder as well as the craving for alcohol.

By developing a drug that targets a specific receptor in the brain called G protein-coupled receptor, the researchers may have found a way to treat alcohol use disorder by reducing alcohol intake while also treating depression.

This is huge considering so many people suffer from both alcohol addiction and depression at the same time.

You can watch a video here further detailing exactly how the drug works. And what’s particularly promising about this drug is that people who take it may be able to avoid the side effect of seizures.

The drug is still being worked on and is not available yet.

But Medication is Not The Only Answer.

There is no denying that medication has helped millions of people, however, it is important to acknowledge that there are additional ways to combat alcohol addiction and depression.

This is Where Nutritional Therapy Comes Into Play.

“Nutrition can be used to improve the gut microbiota and to eventually help rewire the brain. In one study, alcoholics with gut leakiness had higher scores of depression, anxiety, and alcohol craving. Given the addiction epidemic and its associated healthcare burden, it is time to prioritize nutrition as a treatment modality,” according to Psychology Today.

Also keep in mind that drinking too much alcohol may cause severe nutritional deficiencies by depleting the body of essential vitamins and minerals, like magnesium and iron.

It is especially important for recovering addicts to replenish their bodies with nutrients and heal their gut microbiomes by eating plenty of fruits, vegetables, legumes, whole grains and both prebiotics and probiotics.

Furthermore, depression has been linked to nutritional deficiencies. Read here about eight specific minerals that may help prevent depression as well as cope with symptoms of depression.

Along with eating healthily, it is highly advised to take a comprehensive nutrient test. Taking this test will definitively determine if you have any nutrient deficiencies or imbalances. If you do, you can work with a competent healthcare professional on adjusting your diet and possibly introducing supplementation into your regimen.

Lastly, don’t forget to move. Just an hour of exercise a week may help keep depression away.

You Can Do This.

Battling addiction is not an easy feat, but there is hope.

“Excessive alcohol use is the third leading cause of preventable death in the United States,” according to American Family Physician.

You can take the necessary steps to fight addiction before it costs you your life whether that involves medicine, nutritional therapy, regular therapy, exercise, meditation or anything else your doctor recommends.

Read here for more information about overcoming addiction and depression.