When Serious Depression Strikes, No One is Safe 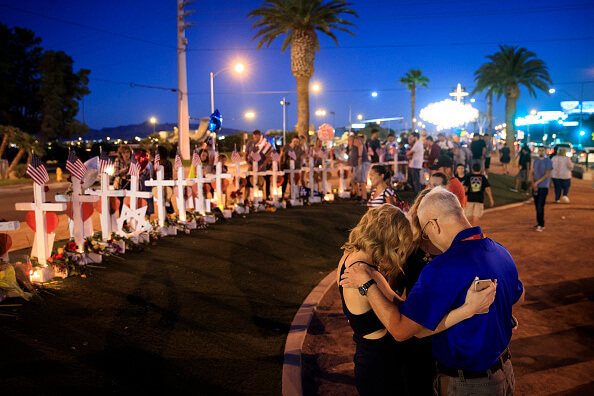 The country was shocked, saddened and angered over the deadliest mass shooting in U.S. history, at a music festival in Las Vegas that left 58 dead and close to 500 wounded. Our hearts still ache for the families and communities impacted by this tragedy.

Many have wondered about the shooter, his state-of-mind, what could have been done to prevent this and what should be done to keep this from happening again.

Reportedly, the shooter was depressed because he had been losing money for two years.

"Since September 2015, he's lost a significant amount of wealth, and I think that might have been a determining factor on what he was determined to do," according to Sheriff investigators.

And there is some recent evidence depression may cause us to make bad decisions and commit violent acts - even homicide.

In one study, researchers at Oxford University utilized medical records to track the conviction rates of nearly 50,000 people diagnosed with depression. They then compared them to the records of nearly 900,000 people, matched for age and gender, with no diagnosis of depression, following them up for an average of three years.

They found that “people who had been diagnosed with depression had a higher risk of both harm to others and self-harm (five to six times higher risk than the general population).”

“The study did not include people who had been hospitalized with depression, since hospitalization can be due to the threat of harm to others, which might elevate the level of risk calculated by the study.”

As a result, it has been suggested that we should factor depression as a contributing factor to societal aggression and violence. These scientists suggested the problem may be even worse “because many people are undiagnosed and are not being treated for depression.”

So how does depression shape our thinking and make us do things we know we shouldn’t do?

Here is my opinion after much research.

In general, our brain controls our decision making process – specifically the frontal lobe. A ‘quick and dirty’ overview of the brain may put all this in perspective.

Generally there are three parts to the brain – brainstem, cerebellum and cerebrum.

Clearly, any decision whether to commit an illegal act may be affected by how well the frontal lobe of our brain works. This is the portion of the brain that allows us to gain/retain information, reason, plan, and apply information we have learned in a meaningful and beneficial way. This part of the brain helps us process information and make sound decisions based on objective information or credible information that we may have read or learned. These are all functions performed in the frontal brain, sometimes referred to as executive functioning.

There are barriers or influences that might affect our ability to use this frontal area of our brain effectively. For example, if we are depressed, it may affect our ability to access this portion of the brain which enables us to make informed and good decisions. Depression, may make it difficult for us to recall any healthy information we have learned and utilize it in a way that will enable us to make appropriate decisions.

One technical explanation regarding how depression affects our brain is as follows: When we are depressed, our body releases cortisol, also called the “stress hormone.” In a healthy brain, brain cells (neurons) are produced throughout our adult life. In people with major depressive disorders(MDD), however, the long-term exposure to increased cortisol levels can slow the production of new neurons and cause the neurons in the brain to shrink. This can lead to memory problems and an inability to properly utilize our brain for lucid thinking.

“Many researchers believe high cortisol levels play the biggest role in changing the physical structure and chemical activities of the brain, triggering the onset of MDD. Normally, cortisol levels are highest in the morning and decrease at night. In people with MDD, however, cortisol levels are always elevated, even at night,” according to a report.

So how can we be proactive about depression?

Research shows that nutrition can play a key role in preventing and managing depression. If you are depressed or someone you know is battling depression, then talk with a healthcare provider about:

Being nutritionally sound and balanced may not only prevent many diseases, but it may also put your body in the best position to recover from disease or better manage issues, such as depression.

You should not only know what you need to eat but also be able to objectively assess your nutritional status on a regular basis throughout your life to identify dietary or lifestyle changes you may need to make. And if as an adult you know how to be healthy, you can educate your kids to be as well.

A great first step is getting a better idea of your nutritional status by taking a comprehensive nutritional test and talking with your healthcare provider about your results. You also should consider having your children take the test as well, given the importance of good nutrition, especially in the earliest years of life.

Young Man Suffers Cardiac Arrest After Intense Workout. We Must Be Proactive

What Made Actor Liam Neeson Cry in Pain and How Can You Be Proactive About It?

Diagnosed With Alzheimer's, But It Was Really Tick-Borne Illness. Trust Your Gut, And Demand This Test 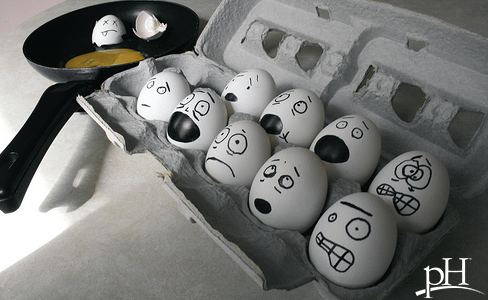