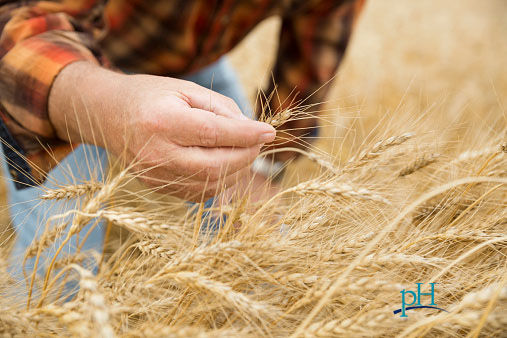 Research has shown some of your foods may be losing mineral value, possibly increasing the risk of developing certain illnesses including heart disease. In other words, when minerals go low diseases go high.

A report by the Nutrition Security Institute examines loss of nutrient value and mineral content of certain foods and provides a timeline. The iron content of an apple was 4.6mg in 1914, 0.3mg in 1963 and 0.18mg in 1992. Within the same time periods, the magnesium content went from 28.9mg, to 8.0mg and finally 5.0mg.

You will also see from the Institute’s report deaths from heart diseases steadily and significantly increased from the year 1900 to 1960.

The report shows an 18.67 percent increase when comparing people having heart conditions in the year 1980 versus 1994.

Why are your foods losing nutrient value?

According to the National Aeronautics and Space Administration (NASA), CO2 levels are higher than they have ever been in the past 400,000 years. NASA reports during the ice ages CO2 levels were around 200 parts per million. In 2013, CO2 levels passed 400 parts per million for the first time in recorded history. “This recent relentless rise in CO2 shows a remarkably constant relationship with fossil-fuel burning, and can be well accounted for based on the simple premise that about 60 percent of fossil-fuel emissions stay in the air,” NASA reports.

A study in a science journal called Nature, examined how an increase of CO2 levels in the atmosphere may reduce the nutrient potency of certain crops.

Researchers conducting the study cultivated 41 varieties of staple crops on three continents (United States, Japan and Australia). Crops were grown with manufactured higher levels of CO2 at 550 parts per million. Public International Radio says this is the level most scientists believe will exist by the year 2050.

Crops in the study included rice, wheat, soybeans, maize, field peas and sorghum. With the simulated, higher levels of CO2, researchers saw a significant loss in the amount of zinc, iron and protein in some of the crops.

Low dietary zinc or iron intake may increase the risk of lung cancer. Inadequate zinc levels may also prevent the body from fighting off bacteria and viruses, and without adequate iron the body cannot even carry enough oxygen to your vital organs.

You  cannot completely control the amount of C02 that goes into the atmosphere or challenges with farming, population expansion and technology, but you can make sure you get alternative sources of zinc , iron and other minerals and nutrients from lean meat, seafood, poultry, nuts, some dairy products and fortified breads and cereals. Whether you are vegetarian, vegan or have no eating restrictions, we highly recommend you get nutritional testing to see if you have any nutrient deficiencies. These deficiencies can lead to certain diseases such as diabetes, hypertension and cancer. You may even have a defective gene that may require you to get more of a particular type of nutrient than another person.

To find out just how critical iron, zinc and other minerals are and how they can protect you from disease and help you live as your healthiest self, read Minerals - The Forgotten Nutrient: Your Secret Weapon for Getting and Staying Healthy.

Important blog that nutrient sources do not necessarily stay the same over time!  Soil changes and gets depleted, farming methods change due to methods of giving higher  yields. It all affects our nutrient intake and in the long run our overall health.

We need to learn about those things, check our nutrient levels and make adjustments....