Yes, You Can Live Without Your Adenoids & Tonsils, But Should You? 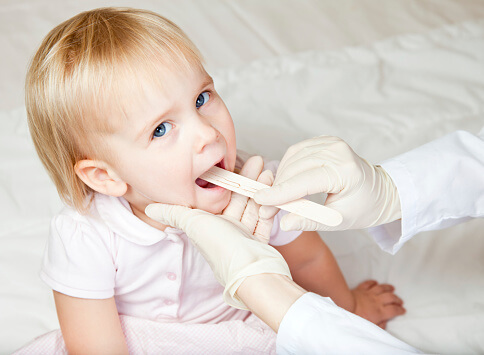 When the doctor says, “Open up your mouth and say ‘ahhhh,’” he may be looking for signs of inflammation of your tonsils - those lumps of tissue at the back of your throat (tonsilitis).

And with tonsillitis, sometimes the adenoids are also swollen. These are tissue located behind the nose and high up in the throat (so they are not visible like tonsils are). Both adenoids and tonsils are a part of the lymphatic system which is responsible for helping to prevent infections.

Both tonsillectomy and adenoidectomy are two common and safe pediatric surgeries. Reportedly, more than 500,000 tonsillectomies are performed each year on children in the United States.

But the following tragic stories made me want to further investigate these surgeries.

Back in 2013, a 13-year-old girl went into surgery to have her tonsils removed. She suffered from obstructive sleep apnea.

After the surgery, she was initially fine but then had a lot of complications. According to one report, she had “highly unusual complications.” She lost a lot of blood and had to have blood pumped out of her lungs. She also had swelling in the brain, went into cardiac arrest and, unfortunately, died.

The family is suing the medical center where the child was treated.

Both of these stories are extreme cases and may involve malpractice and negligence. But it is important to educate ourselves about these procedures, so we can make informed decisions.

You obviously do not need your tonsils and adenoids to live - they are not vital organs like our heart and lungs.

However, tonsils and adenoids play an important role in the body’s immune system. According to the National Institutes of Health, “adenoids usually start to shrink after about age 5. By the teenage years, they are almost completely gone. By then, the body usually develops other ways to fight germs.”

The American Academy of Otolaryngology–Head and Neck Surgery states that “tonsils and adenoids are the body's first line of defense as part of the immune system.” They reportedly trap the germs coming in through the mouth and nose, reduce infection and keep body fluids in balance.

And a recent study looked at the long-term effects of removing the tonsils and adenoids in childhood, compared with children who have not had these types of surgeries.

The research team looked at data from over one million children in Denmark (born between 1979 and 1999). They covered at least the first 10 years of their lives and up to 30 years.

The children were otherwise healthy.

"We calculated disease risks depending on whether adenoids, tonsils or both were removed in the first 9 years of life because this is when these tissues are most active in the developing immune system," said a lead doctor in a report of the study.

“The study suggests that shorter-term benefits of these surgeries may not continue up to the age of 30 apart from the reduced risk for tonsillitis (for all surgeries) and sleep disorders (for adenoidectomy),” according to the report.

“Instead, the longer-term risks for abnormal breathing, sinusitis and otitis media were either significantly higher after surgery or not significantly different.”

So what to do?

You have to weigh the pros and cons when it comes to making healthcare decisions. If your child suffers from sleep apnea, chronic tonsillitis or is constantly getting ear infections, perhaps you should first discuss with your doctor other options of alleviating these problems without removing tonsils and adenoids.

What are some other suggestions?

I strongly recommend periodic nutrition testing. This will determine if your child has any nutrient imbalances or deficiencies which may be affecting their immune system. If there is a deficiency or imbalance, a competent healthcare professional may suggest tweaking your child’s diet or having him or her take quality supplements.

Other suggestions include the following: