Your Ability to Smell May Say A Lot About Your Health 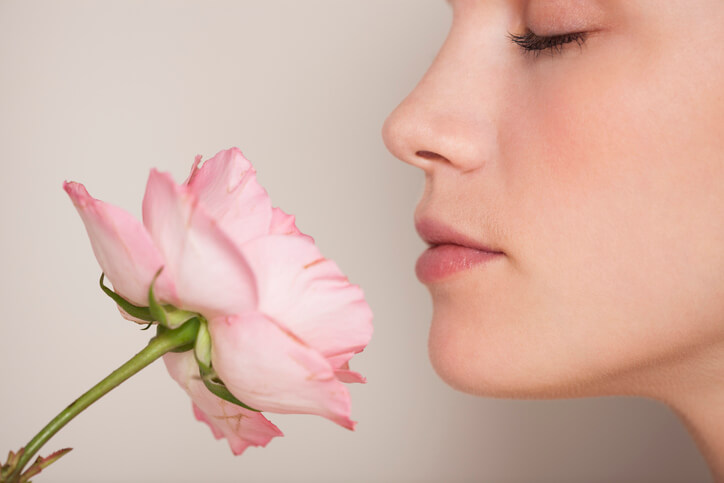 We have five basic senses: sight, taste, touch, hear and smell. If you are fortunate enough to never have experienced the loss of one of these senses, it’s likely that you often take them for granted or neglect the fact that we need to be proactive about maintaining their health. For example, many Americans fail to get their ears examined in order to prevent hearing loss.

Smell is one of those odd senses in the sense (pun intended) that if you smell something bad, you probably wish you couldn’t smell in that moment. But if you smell something good (for example, fresh-baked chocolate chip cookies), it triggers your brain’s reward signals and makes you want to eat. Smell can even make certain memories and emotions come to surface.

For example, the smell of smoke may tell us there is a fire and we should leave where we are. The smell of spoiled food lets us know that food is not suitable for eating. As a result, we avoid getting sick from eating bad food. The smell of a strong chemical, for example when cleaning with household products, tells us to open a window and get some ventilation so that we are not just breathing in those harsh chemicals.

There are things that may cause a temporary loss of smell or impaired ability to smell such as having a congested nose due to a cold, allergies, a polyp in the nose, undergoing chemotherapy or radiation therapy treatment and taking certain medications.

And then there are factors that may cause long-term issues with smelling. For example, a bad head injury may damage nerves related to smell.

This could be problematic, because if we don’t eat enough nutrient-rich foods we could suffer from nutritional deficiencies and unnecessary weight loss. In addition to this, if our smell and taste are impaired we may add too much salt and sugar to food and beverages to make up for the bland taste. This could increase the risk of health issues such as hypertension and diabetes.

The National Institute on Aging also reports that losing our sense of smell may be a sign of having Parkinson’s or Alzheimer's disease.

So, to say the least, our sense of smell is important!

Recently, a study conducted by researchers at Michigan State University suggested that older adults with a poor sense of smell may see an almost 50 percent increase in their risk of dying within 10 years, according to a report discussing the study.

And what is especially telling is that this risk increase was found in healthier individuals.

The researchers examined information from nearly 2,300 participants (both men and women) between the age bracket of 71 to 82, over a 13-year period. Participants also came from different ethnic backgrounds. They completed smell tests of 12 common odors and were assigned based on their performance to having one of the following: good sense of smell, moderate sense of smell or poor sense of smell.

“Compared with older adults with a good sense of smell, those with poor smell were at a 46% higher risk for death at 10 years and 30% at 13 years,” according to the report.

“Results were minimally affected by sex, race or other demographic and lifestyle factors. However, the surprising revelation was that the healthier participants at the start of the study were found to be largely responsible for the higher risk.”

And just as the National Institute on Aging said, the study also reports that a poor sense of smell may be a sign of Parkinson’s and dementia. But with this particular study, these conditions were only related to 28 percent of the increased risk of participants. So there are still a lot of questions as to why a poor sense of smell appears to be related to earlier death.

And perhaps if these researchers had asked me why poor smell is related to earlier death, I could have given them some answers. One answer is zinc!

Many medical studies fail to focus on the key role nutrients play in our health and bodily functions. We previously blogged about why you should care about your zinc (which is an essential mineral) levels and how this mineral has an impact on your ability to smell. It is likely that these study participants were low in zinc which affected their ability to smell.

“Zinc deficiency may lead to loss of appetite, impaired immune function, weight loss, delayed healing of wounds, eye and skin lesions, and smell and taste disturbances,” according to the National Institutes of Health (NIH).

“Older adults are especially affected by changes in taste sensations because of age-related gustatory [concerned with sense of tasting] dysfunction, use of multiple medications, increased frailty, and zinc deficiency.”

There is even a condition called hyposmia, a reduced ability to smell and detect odors.

“It can be caused by a lot of things, among them a zinc deficiency,” according to UC San Diego Health.

So it is especially important for elderly people to be proactive about making sure they get enough zinc on a daily basis. For foods rich in zinc, check out this pH Labs blog. Also know that zinc may help with high blood pressure, another health issue many elderly people battle that could increase the risk of an earlier death.

Finally, be sure to take routine nutrient tests. These tests will definitively determine if you have a zinc deficiency or any nutrient imbalance. If you do, a competent healthcare professional can help you make the necessary dietary changes and may even recommend supplements.

For Some, pH Labs Has Been Life-Changing. See Some Of Our Client Feedback.

Health Grades for Thanksgiving Recipes Popular on TikTok. Here’s To a Healthier Holiday!